It’s the dream of every overworked business owner – wave a magic wand and all the administrative tasks will be done for you. You’ll finally focus all your time on the reason you started your business – your writing, your music, your coaching, your DIY projects – plus you’ll have enough time left to not only sleep and wash your dishes, but also to have a personal life, and actually spend time with your friends, your parents or your kids.

As technology catches up with science fiction, it feels more and more possible, especially now that chatbots seem a real part of the business equation. Every tech giant offers them – Facbook, IBM, Oracle – and that’s just a partial list.

But as an increasing amount of companies started integrating chatbots in their customer service operations, something else happened:

Live chat, the home channel for chatbots, and one of the customer service channels that delight customers the most, started declining in popularity.

Let’s explore why this is happening, and why you shouldn’t rule out human to human customer service anytime soon.

Chatbots are Growing Smarter, But Still Have a Lot to Learn

As we shared in our guide to the most important customer service channels to adopt in 2019 according to research [link to lead magnet], chatbot automation has a lot to offer. In fact, almost 70% of customers associate getting fast customer service for simple questions with chatbots, versus 33% who associate fast service with email inquiries, according to the 2018 State of Chatbots Report.

But chatbots still have a lot to learn.

Just Google “Nazi Twitter Bot,” and you’ll discover how easy it can be to manipulate bots that consistently educate themselves based on interactions.

In 2016, Microsoft launched an artificial intelligence (AI) based bot called Tay on Twitter and other social media platforms. According to TechCrunch, Tay was “able to perform a number of tasks, like telling users jokes, or offering up a comment on a picture you send her, for example. But she’s also designed to personalize her interactions with users, while answering questions or even mirroring users’ statements back to them.”

“As Twitter users quickly came to understand, Tay would often repeat back racist tweets with her own commentary. What was also disturbing about this, beyond just the content itself, is that Tay’s responses were developed by a staff that included improvisational comedians. That means even as she was tweeting out offensive racial slurs, she seemed to do so with abandon and nonchalance,” explained TechCrunch, adding that Microsoft shut down the bot within 16 hours of its launch.

Facebook is another company that stopped an AI chatbot experiment.

In late December 2017, CBS News reported that Facebook shut down the experiment because the bots were developing their own language, which didn’t make sense to humans.

If you’ve been using Facebook chatbots and are reading this while the pause is still in place, watch minutes 13:43 to 20:32 in the following show from Social Media Examiner to hear expert recommendations, and analysis about what this might mean for Facebook’s strategy:

Either way, it’s clear that, while chatbots are getting smarter every year, it’s important that they know – and you know – that they can’t handle everything.

Industry Leaders Agree that, if it’s Not a Cookie-Cutter Issue, Chatbots Need to Get Out of the Kitchen (at Least for Now)

While almost one in seven 2018 customers trust chatbots to provide them fast service, according to the report we mentioned above, they only trust that when it comes to simple questions. Avaya, one of the leading tech solution providers in the contact center industry, agrees.

In a 2017 demonstration of its chatbot technology, one of Avaya’s marketing team members explained that, sometimes, the chatbot can’t complete the interaction on its own. She demonstrated how the chatbot identifies this situation on its own and escalates the query to a human being.

In other words, even a technological leader like Avaya understands that, even though chatbots can save workforce costs and increase productivity, they can’t replace humans when it comes to complex or unique situations, at least not yet.

In fact, while almost one in seven 2018 customers believe they can get a faster service from chatbots, Cisco reported in 2018 that “63% say they’d rather wait 3 minutes to speak to an agent than get an immediate response from a chatbot.” That’s a little over one in six customers.

Check out Cisco’s video about it here:

As you can see, fast service – one of the most popular customer demands over the years – isn’t everything.

As chatbots improve, so do the benefits they drive for businesses, but unless your customers are bots themselves, there’s something they need from you that only fellow humans can provide, at least in the foreseeable future:

And yet, in the group’s research “across 20 industries, emotion is the lowest scoring component of customer experience.”

Check out their video to see how that makes a difference to a customer:

In other words, if your company offers human to human customer service – the kind that’s empathetic and takes the customer’s experience into consideration – you can easily stand out of the crowd.

Should You Avoid Using Chatbot Automation in Your Customer Service?

We don’t recommend outright ignoring innovative technology that could make it easier for you to serve your customers. Chatbots are getting smarter every year, and there’s a very good chance they could benefit you.

We’re just saying, don’t forget who this technology is supposed to help, and don’t assume technology can solve every complex need your customers have.

The real magic happens when you find the balance between the tools that help you scale, and the people who can build deeper, emotional connections with your customers, the kind that turn them into fans.

More from the Blog 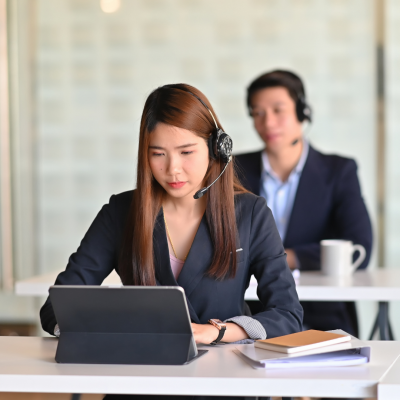 4 Things to Reward Customer Service Agents for Besides Sales

Customer experience is becoming increasingly critical in business. More and more customers choose the companies they buy from first by how these companies make them feel, and only later by the 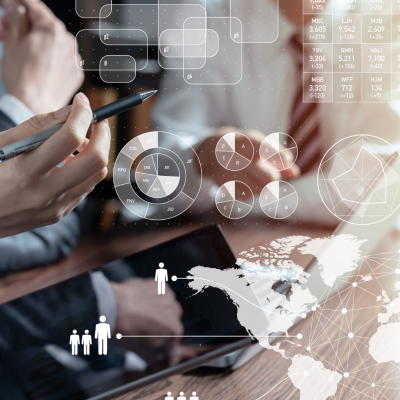 Forget everything you knew about customer service. The world is changing, customers are changing, and your company must implement changes as well in order to keep up with customer de 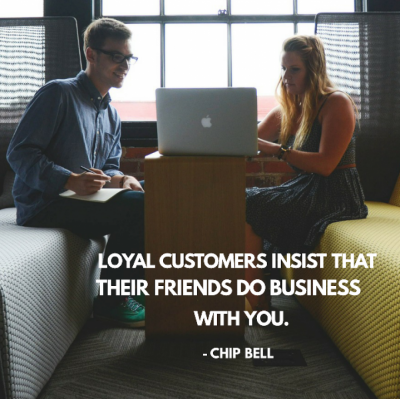 How to Turn Your Customer Service into a Profit Center

As we shared in our guide to the top 2019 customer service channels, customers have been paying more to companies who excel at customer service since at least 2012, so the return on investment i